The original owner of Doyles Fancy Costumes was a Mr Doyle. The story goes that Mr Doyle was a Vaudeville performer, back when Variety Theatre was really popular. He had the most amazing costumes. He had trunks full of beautiful costumes, that accompanied him when he toured. As time went by and Vaudeville entertainment became less popular… radio improved, cinema became the new entertainment and people stopped going to the performances and subsequently it meant the end to the travelling show.

What was to be done with all Mr Doyle’s fabulous costumes… OPEN A FANCY DRESS SHOP, of course! And that’s what he did over 70 years ago.

It was passed on to other family members over the years and they had the foresight to move away from the city to the busy shopping Mecca, Osborne Park, and business continued to grow.

Doyles Fancy Costumes stayed in the care of Mr Doyle’s family until it was sold, in 1997 to a brother and sister team, Michael and Michele – and that's us. It wasn’t long before other family members were keen to be involved… Doyles Fancy Costumes expanded when Michael’s son Trent, bought into the business and took over the Wangara store, previously known as Wanneroo Fancy Dress and Formal Hire, in Prindiville Drive, Wangara.

Our Wangara store was renamed Doyles Wangara and has diversified into selling costumes, having a comprehensive Retail Department and still continues to hire quality costumes.

And so the legacy of Mr Doyle lives on and Doyles Fancy Costumes continues to provide quality service, quality costumes and make the whole experience fun for our customers. “The Fun Starts Here” at Doyles… and with the perfect costume, so let the fun begin. 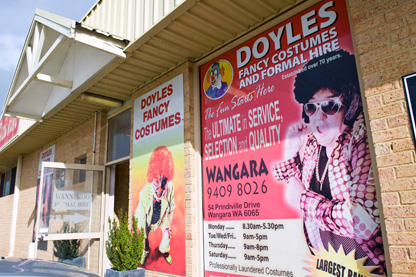 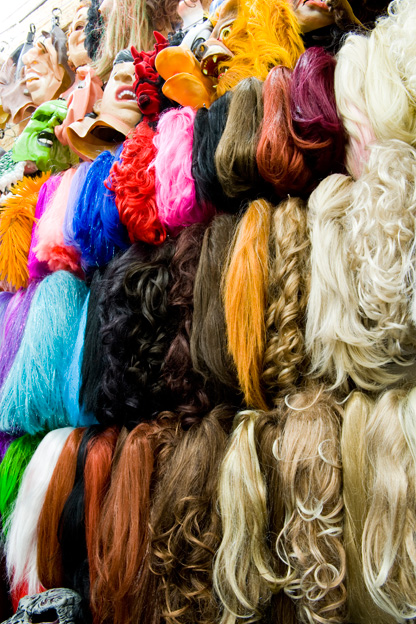 Connect with us on Social Media

We love to see where our costumes have been! So #doylescostumes your favourite costume pics to go into our regular prize draws